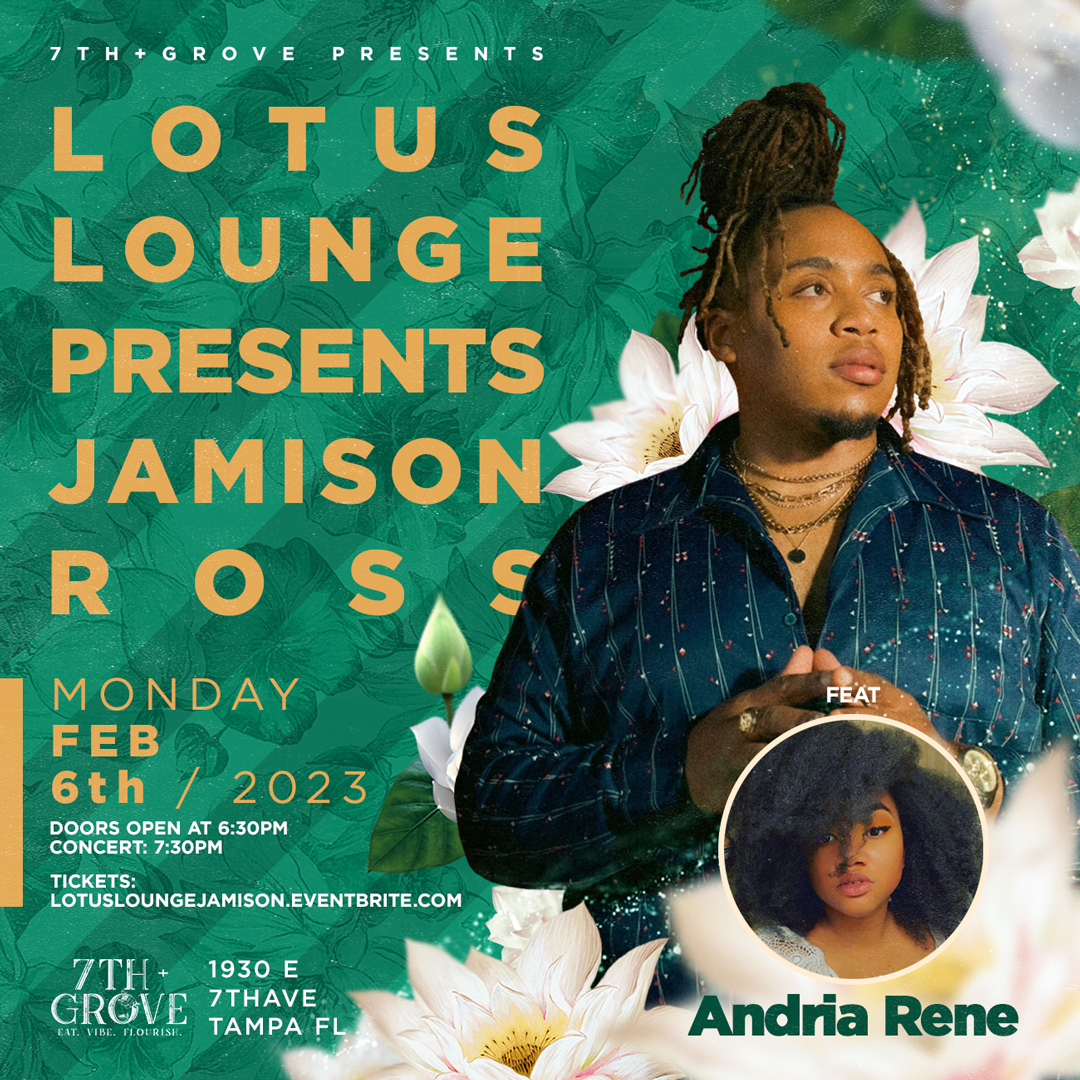 Soul. Jamison’s most recent project is his first Affective Music release and is influenced by

A native of Jacksonville, FL, Jamison honed his talent studying at Douglas Anderson

School of the Arts, before attending Florida State University and then on to University of New

Orleans, where he earned a Master of Music. Shortly after graduating, Jamison released his

for this era. Later that year, the label released Mykal Kilgore’s debut single, Let Me Go,

to take audiences on a listening experience like never before. In the current state of music,

Jamison Ross is a refreshing treat to true music lovers.

Opening act and local artist Andria Rene will warm up the stage.